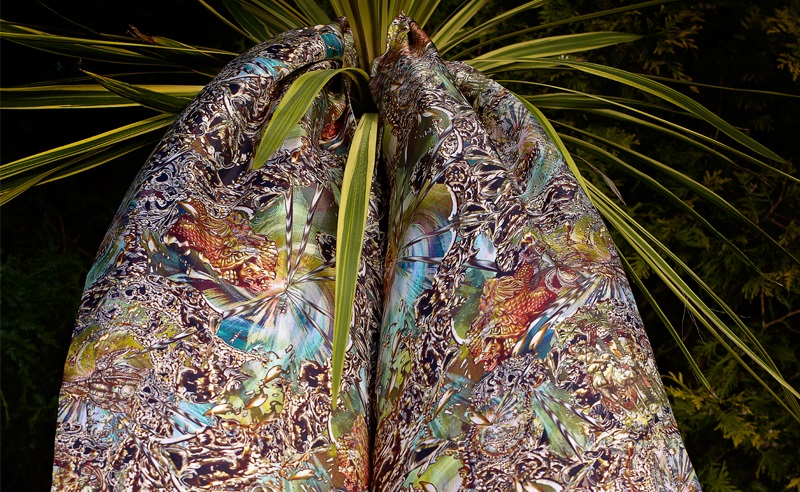 After graduating from Central Saint Martins College London, Ginny Litscher's talents were adopted by global style leader including punk goddess Vivienne Westwood, fashion icon Alexander Mc Queen, the celebrated New York designer Diane von Furstenberg and the king of of Italien chic Giorgio Armani. She received unrivalled acclaim at the international Parisian fabric fare Premiere Vision and naturally followed her heart to launch her own personal collection of scarf designs 2011. She is often in her London studio spending the many hours (often up to 3 months for the most intricate drawings and paintings) realizing her signature designs of such visible detail. Each scarf tells a different story. Luring the onlooker in with decadent patterns, which often conceal hidden surprises. When you look deeper, you discover icons such as dragons, geishas or candy. They twist the context of classical design in such a way, that they are bewitching, beautiful, humorous, narrative, shocking, adorable, provocative, sensual but always both chic and ultimately timeless. Her unique and artistic drawings are presented alongside her passion for luxury goods in collections of finest quality 100% silk scarves. The quality of silk used by Ginny is light and perfect for Summer and adapts to keeping you warm during winter, proving that Ginny's collection is perfect for any season and occasion. Which has been celebrated in magazines such as Vogue only to be followed by others.

Ginny Litscher is also part of the following editions: