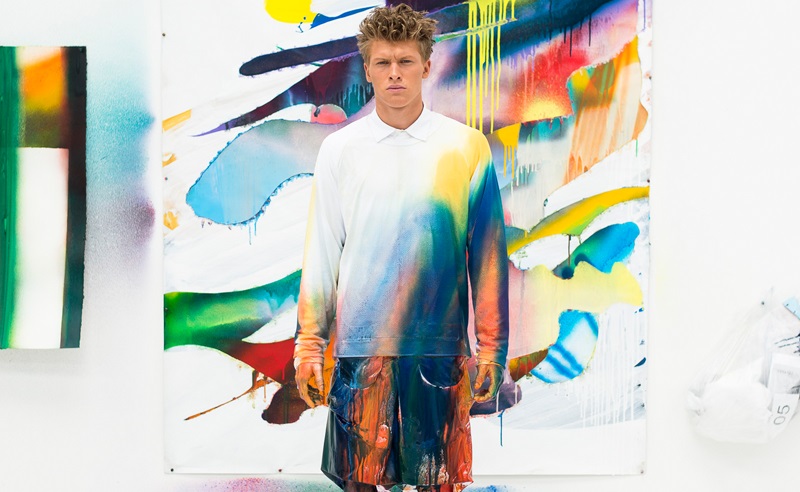 Julian Zigerli was born and raised in Switzerland. He studied at the University of Arts in Berlin. After graduating in 2010, he returned back to his roots in Zurich. It was in Zurich that he founded his correspondent Men’s clothing label: Julian Zigerli.
Since he began with his first collection, Julian Zigerli has celebrated both national and international success. His collections have already been presented worldwide in Zurich, Paris, London, New York, Florence, Milan and Seoul. For the last 3 seasons, Zigerli has presented his own fashion show in Berlin.
Julian Zigerli’s talent has also been widely celebrated within the world of Design. He has been nominated for the Design Price Schweiz in 2011 and the Swiss Design Award in 2013. In 2012 he won the Swiss Design Award with his AW12 collection “to infinity and beyond“.
Julian Zigerli’s men’s collection stands for useful, smart and technical high- class pieces with a sporty touch. There is always a lot of love, colour, humor and positivity involved in his designs.

Julian Zigerli is also part of the following editions: